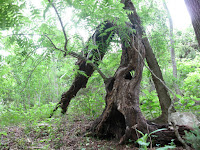 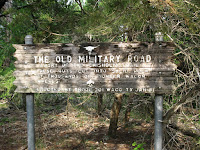 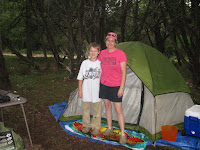 My second-grader and I just returned from a cub scout camping trip. You read correctly; just the two of us. Dad, who is no fan of camping, was conveniently out of town for this foray. Son and I didn’t mind.

Many women are overwhelmed by the idea of commanding such an outdoorsy expedition, which explains why you rarely find moms camping alone with the kids. But, it doesn’t bother me to be the only mom-son team on a cub scout camping trip. Or to be a rare female den leader.

My son’s excitement about the trip was endearing. And, to be honest, I needed to get away from the computer and the responsibilities that keep me on a short leash for most of my days.

By day, we wandered and explored the woods. Occasionally, he grabbed my hand as if imprinting a special moment into his memory. Most often, he would wander farther from me, exerting his independence and stretching his curiosity muscles while welcoming other scouts to join him. I realized he was also practicing leadership skills. We examined native plants and trees during our nature walks, recalling the names of many. We watched turtles and fish that live in the nearby lake, feeling the spray of the waterfall as we inched ever closer to the edge. Our senses were heightened by the sounds, the smells, the feel of the place. As we came upon a sign that marked the wagon wheel ruts left by travelers of the Chilsholm trail, we stood in awe of the difficulties pioneers faced.

Later, Kiddo wandered off with a metal detector and delighted in uncovering old coins and rusted cans which sent his imagination reeling. “Mom, I think these are from the cowboy days. Maybe someone needs to record them.”

The first night, we lay sleeplessly listening to the raucus noise of raccoons, cicadas, toads, and other residents of the area we had invaded. The second night, while son crashed, I lay awake thanks to the relentless wind and rain. It was a welcomed rain, but I certainly didn’t like the prospect of packing wet gear for the trip home.

Trips like this remind me how lucky I am. As a child, I grew up on a horse ranch so the outdoors was my playhouse. Nobody had to tell me to go outside and play. Certainly it helped that these were the days before the technology craze. When I wasn’t on the back of a horse, my brother and I were trudging through the pastures, building forts, swimming in the stock tanks, collecting “artifacts” from the pioneer home that used to be on the property, taking care of the many animals we raised, and generally learning about life beyond the walls of our nice home. I adopted a cactus-shaped tree as my private space to write stories and poems in Big Chief Tablets. The wide open spaces were the ideal canvas for my childhood imagination. The rural natural setting made us compassionate, empathetic, and responsible. And, it explains why I’m not afraid to get dirty and sweaty today. And, why I’m keenly sensitive to issues about animals and the environment.

As a mom, I’m trying to marry the natural world with our children’s suburban neighborhood. My kids have enjoyed the unique playgrounds that each set of grandparents offer. My mother still lives on the ranch where I grew up. I now watch as my youngest son and his cousin build forts, fish for crawdads, hatch plans, and generally play in the dirt. My in-laws’ lake house is the perfect place to expose my family to the joys of fishing, observing wildlife, and water skiing. Weekends often find us in parks, nature centers, and visits to other natural settings. We are inspiring our kids to be stewards for the natural environment. By getting away from video games and computers, they learn to explore, climb, touch, experiment, and ultimately embrace the natural world. It is, after all, their planet.

I’ve recently discovered a book by Richard Louv, LAST CHILD IN THE WOODS: SAVING OUR CHILDREN FROM NATURE-DEFICIT DISORDER, that speaks to the health and emotional consequences kids face when not exposed to nature. It is a new epidemic that is resulting in childhood obesity, depression, learning delays, and a lack of empathy. “This book explores the increasing divide between the young and the natural world, and the environmental, social, psychological, and spiritual implications of that change. It also describes the accumulating research that reveals the necessity of contact with nature for healthy child—and adult—development.”

Children aren’t the only victims of this condition. When was the last time you took a walk, went camping, cast a fishing line into the water, or just sat and enjoyed the wind in your face? It’s been a while, you say? Then this is an order: Go outside and play!

Take a look at this video interview with Richard Louv here; http://richardlouv.com/last-child-video

Quote for the Day: “In nature there are neither rewards nor punishments; there are only consequences.” —Robert B. Ingersoll (1833-1899)