Continuing the trilogy of interviews with authors who participate in critique groups, I give you…

Emily Kristin Anderson, a young adult novelist and poet, is a resident of Austin, Texas, a long way from her native Maine. Her poetry has been published in national literary journals and she is currently querying her first completed YA novels. Most recently, she co-created the popular Dear Teen Me website, featuring letters from authors to their teen selves. 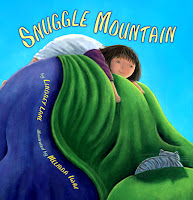 Lindsey Lane’s journey toward authorship followed a path that included a degree in theatre arts and careers as a journalist and award-winning playwright. Her picture book, SNUGGLE MOUNTAIN (Clarion, 2003) was listed among “Best Children’s Books of 2004” by Bank Street College of Education. Today, she continues to pen charming books for children while raising her daughter, a house full of pets, and her blog, The Meandering Lane.


What’s the secret to a successful critique group?

E.K.A.  I think the key is respect.  You’ve got to respect what your crit partners are writing – respect their style and their vision – in order to take it apart and help them put it back together.  If you don’t respect the work someone is doing, someone else would probably be more helpful as a critique partner.

L.L.  My first thought is: kindness, respect and honesty. Each of those is essential to a successful critique group. Except, well, touting the values of a critique group sounds a bit bland. Really, I think the secret to a successful critique group is being just a little bit in awe of the other writers. Like every time you go, you pinch yourself and say, “I can’t believe I get to be here.” When it comes time to put your work out in the world, it has to be the best it can possible be so if I’m with writers I am in awe of, I want to bring my A game. Not just in my writing. I bring it to the reading of their work. I think of my critique group as an assembly of dream editors: Candlewick, Knopf, Simon & Schuster. Does this mean I can’t show my dream editors first drafts and rough stuff? Of course I can. I dare myself with them first.

How has being part of a critique group helped your writing?

E.K.A.  My writing is so much stronger for my critique group.  They have ideas that I wouldn’t have come up with, they are a wealth of knowledge in areas I’m not so keen on.  I mean, if you can’t ask your critique group how long it takes for someone to bleed out from a stab wound, well who CAN you ask?

L.L.  I think the biggest way critique groups have helped my writing is they help me deepen my commitment to a story. Recently, I brought in a first draft of a short story and I thought it might be a little over the top, a little schmaltzy. Well the ending was schmaltzy but the essential story was on point. My group helped me find the nugget of the story and bring if forward so it shined and wasn’t covered up by a schmaltzy ending.

Where does your critique group meet? Why did you choose that environment?

E.K.A. We meet at a café/bar in central Austin.  I don’t know how it became our place, but it’s a fabulous atmosphere.  Perfect combination of peace and noise.  Well, mostly noise.  Between the night nurses having drinks at 9am and the occasional folks outside in troll costumes, it seems like a good place to write fiction.

L.L.  We are early birds. We meet around one of our dining room tables in the mornings. Coffee and tea are our substance of choice with a few nibbles on the side. One of us recently sold a manuscript. No champagne. We splurged on pie.

What are the biggest challenges of critiquing someone else’s manuscript?

E.K.A.  I think finding the fine line between honest in a constructive way and honest in a destructive way can be tough.  Which isn’t to say I haven’t threatened a CP with stabbing by fork if she didn’t cut her cliffhanger ending.  But, you know, it’s about guaging what your crit partner needs vs. telling it like it is.

L.L.  Well of course, the biggest challenge would be not loving someone’s manuscript and not being able to comment on it because you just don’t like it or get it. That’s never happened to me. Even if I feel a little distant from a manuscript, I can still look at it as a craftsperson. I can still spot when the author is doing too much telling or a character’s voice goes a little too authorial. I can still be helpful. Challenges are opportunities. The saying’s been around for a while because it’s true.

What are the biggest challenges of having your own manuscript critiqued?

E.K.A.  Dude.  I love having my MS critiqued.  It makes revision so much easier to attack.  Although once in a blue moon you get a critique that makes you wonder if the critiquer really got what you were going for, if maybe they just didn’t like your style.  It’s finiding the nuggets to take from critiques like these that can be a little hard.

L.L.  Well I think a big challenge is when your critique group looks at your ms. for the fifth time and tells you to put it in a drawer and move on. That is very hard. That’s happened to me in another group. They were right but it was hard to hear. I recently looked at that manuscript and I realized I am a different writer now. I have different tools in my tool box. Sometimes when you work on the same manuscript over and over again, you can’t grow as a writer. You have to put it away and work on something else because a new manuscript will ask different skills of you. You can always go back. When you do, you will be a different writer and who knows? You may have just the right tools to bring that story to life now. Or the wisdom to know that you won’t.

How do you handle situations when you, as the author, disagree with someone’s feedback on your manuscript?

E.K.A. I think it’s important to always thank someone who’s read your manuscript and given feedback.  So if you can’t say anything else, say thank you!  And like I said above, even when a critique doesn’t quite see your vision, there are definitely things you can take from it if you look hard enough.

L.L.  Hmmm, I’m a pretty compliant sort. If someone says a character sounds too young or they were confused by a POV shift, I go take a look.  Always. Part of how a critique group functions for me is that their comments help me deepen my commitment to the manuscript. You really have to love a story to stick with it through revision, submission, more revision, publication and then promotion. So I had better be working on a story that I love and believe in. Their comments test my mettle as well as the story’s mettle.

How do you handle critiquing a manuscript you’re not comfortable with? For example, if you don’t care for horror, or paranormal, or rhyming picture books.

E.K.A. Within my crit group, there are definitely certain manuscripts I wouldn’t take on.  If one of my CPs wrote, say, a middle grade sci fi comedy, I might not be the best person to look at it.  I’d be completely useless with an epic fantasy complete with its own dictionary.  So I think it’s okay to say that.  You’re not going to be very useful if you can’t get behind the story.

L.L. I think critiquing genres I don’t write gives me an opportunity to be more objective on craft issues (point of view, setting) and story logic. Because I’m not swept up by the genre and loving the author’s dystopian world, for instance, I can be more objective and thoughtful about what’s working on the page. I remember once I was in a group where a member had submitted a rhyming manuscript about space. What I brought to the table was a naiveté about the subject matter so that I could honestly say what didn’t make sense or what wasn’t clear. I think it’s important to understand the world that the manuscript is trying to create but you don’t have to be an expert in that genre to bring value to the critique table.

E.K.A.  We write at a place called, um THE PLACE.  Because we have actually been CRASHED after we continually posted our meeting place on Twitter.  So, you know, I guess we’re famous or something.  Possibly awesome.

L.L.   One of my critiquers writes in the margins of my manuscripts: ‘I’m holding my breath.’ or ‘Yuck!’ Or ‘Swoon.’ She notes her emotional response to the material. At first, I didn’t understand the comments. You know, I thought they had to be more cerebral and cognitive. But now I love to see if the emotional effect I want is coming through.

What advice would you give to a writer joining a critique group for the first time?

E.K.A.   Be patient.  Figure out how it works before throwing your manuscript at everyone.  Read the published works of other members (if there are published members) and read the blogs/Twitters/Facebooks of unpublished members.  Get to know them as people AND as writers.  Then have fun!

L.L.  You will become a better writer by becoming a better critiquer. So often we think that we become better writers by all the feedback we receive on our manuscripts. Not so. In fact, sometimes I get flooded by a lot of feedback and it takes me some time to sift and mull about what to do next. What I notice is that by paying attention to craft and story in other people’s manuscripts, I am a lot sharper when I am crafting my own stories. When I see how one of my fellow critiquers handles a time shift in her ms., for instance, I tend to be braver in my own pages.

Next up, the final critique group interviews with authors Samantha Clark, and Cynthia Levinson, and author/illustrator Shelley Ann Jackson.